"Sometimes, gettin' back to normal might just mean starting fresh."
―Bonham to Cordell[src]

Bonham Walker is one of the main characters on The CW crime drama series, Walker. He is the rancher father of Cordell and Liam Walker. He is portrayed by Mitch Pileggi.

The CW's official character description: "He is sturdy, conservative and tough as nails but a family man through and through. A third-generation Texas rancher, he’s most comfortable taking care of business on the ranch — in the bullpen, supervising cowboys, training horses. Bonham is a man who speaks his mind. He’s not about to mince words when it comes to talking to his kids."[1]

Bonham married Abeline and they had two children together, Cordell and Liam Walker. When their children moved out to live their respective lives, Abeline and Bonham had a quaint life together on their ranch. He became a doting Grandfather to Cordell's children Stella and August. When Cordell's wife Emily is murdered and Cordell takes an undercover assignment, Stella and August moved in with their Grandparents. Abeline and Bonham tried their best to comfort the grieving children and work to get them the best education possible, including enrolling them in Sacred Heart high school, a Catholic school, with Abeline trying to get August to open up about his feelings. Bonham, however, held a grudge against Cordell for leaving so soon after Emily's death and staying gone so long. He supported Liam, who had returned to Texas, in his quest to gain custody of August and Stella.

In Pilot, Bonham joins his wife, son, and grandkids for family game night. He is amused by his son's lack of knowledge on the game. The family plays a board game with Cordell completely lost on the rules. He claims it isn’t fair that he’s losing as he doesn’t know the rules. He is annoyed when Cordell excuses himself to make a call that he claims is for work, though is actually Emily telling him her last words before her murder.

Eleven months later, Bonham has taken care of Stella and August with the help of his wife and youngest son, Liam. Bonham attends Cordell's homecoming the night of his arrival, though Cordell never showed. The next morning, Cordell heads to his parents' ranch to see them. He finds his father watching horses ride in the corral. They greet each other with a handshake as Bonham remarks that it would have been nice to see him last night when everyone gathered to express their awe and gratitude. He makes his feelings on Cordell’s extended absence clear. They make small talk over the horses before Bonham tells Cordell to go up to the house to see his mother.

That night, Cordell comes home for dinner where the animosity between him and his parents becomes clear. Stella is absent as she’s out with a friend, Isabel, who Bonham refers to as "a Mexican". Liam quickly corrects his father that the correct term is "Mexican-American", though Bonham merely scoffs in response despite Abeline's glare at him. Abeline tells Cordell that she enrolled the kids at Sacred Heart High, a Catholic school. The idea still doesn’t sit well with Cordell, as he and Emily didn’t want to raise their children in religion. Bonham sharply retorts that he should thank Abeline for giving them a proper education. Cordell’s phone rings much to his parent’s chagrin. He excuses himself as he needs to pick Stella up from the police station. The next afternoon, Bonham remains annoyed with Stella for her behaviour over the last few days and quips to Cordell that he should put a bell on her. Abeline gives him a stern look, so Bonham excuses himself from the room.

In Back in The Saddle, it’s morning in the Walker ranch, with Bonham teaching August how to use a leather kit, Abeline quipping on his lack of organization, and Liam making a smoothie for Stella. Cordell tries to keep up with the family’s new pace but finds himself a step behind, which Bonham finds amusing. Cordell disagrees with Abeline’s encouragement to live in the farmhouse, as she thinks the children need stability while he thinks they need to get back to normal. With the shift in conversation, Bonham leaves the kitchen.

That afternoon, Abeline watches August from afar and confides in Bonham about her worries over August. She worries about Cordell as well and wants Bonham to talk to his son, but he’s hesitant to have him move back in as it isn’t a fresh start moving in with your parents. Cordell has to decide what’s right on his own.

That night, Cordell returns to the ranch and talks to Bonham alone. Bonham gives him a new saddle and pouch. He knows that getting back to normal means starting fresh and saw the old one and reminded him of an old life. Every big birthday Bonham’s father made him something, and since he missed Cordell's birthday last year, which Bonham knows was a big one, he’s giving Cordell the pouch. He reminds Cordell that getting back to normal sometimes means starting fresh. 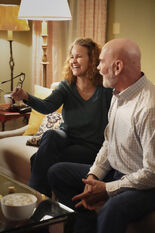 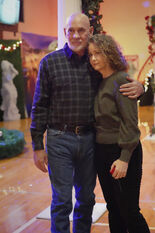